Why is Java so Popular in Universities?

Learning programming, especially Java, has many benefits. It is an essential language because it has many features. Also, it is used by most of the companies that come under the fortune 500.

That is why it is so popular. If you want to read more about this language, read the given below. Programming homework Help will give you detail analysis regarding the Java programming.

Why is Java Important?

We can measure the importance of Java from its uses, and it is widely used programming languages for creating web applications & platforms. One of the most significant advantages of this language is its flexibility. It allows the developers to write code on any machine, which means once you create the java code, it can run on any platform.

You did not get such flexibility, whether it is Windows, IOS, Android, etc., or any other language. Seek Java Homework Help to understand this language comprehensively.

According to the Java Home Page, at least 3 billion mobile phones & one billion computers worldwide run-on Java Programming Language. Other uses of Java include:

All these are some uses of Java Programming languages & because of them it is a popular language. To know more such information, seek the best Java Homework Help.

Now is Java still in Demand? Many students doubt it because Python replaces all the languages in various surveys. If you also have such doubts then go throw the information given below:

Is Java still in Demand?

If we see the survey done by Stack overflow, Java comes under the top five Programming languages. 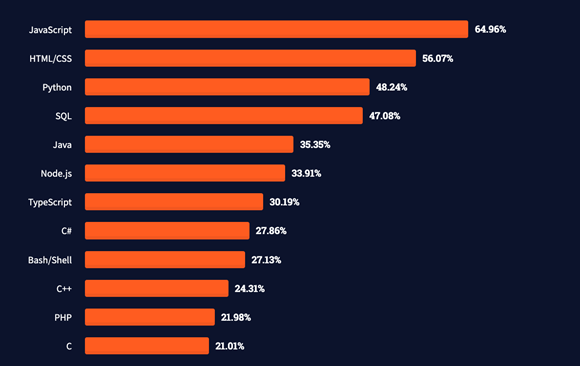 Also 2019 survey done by indeed, Java was placed at Rank #1 as being the most popular language. Because it is easy to use, debug & compile; also, Java enables the developers to create reusable code, which was a career for its developers. Let’s discuss more such facts with the Java Homework Help.

Many students ask in 2022 that whether Java is in demand or not? the answer is yes; it is in huge Demand. According to the TIOBE Index 2022 (October), The four languages which dominate the world of programming are Python, Java, C++ and C.

Other valuable insights said in the survey are:

Now we study its popularity and Demand; we see where it is used mainly.

Where is Java Programming Used Mostly?

There are many fields where Java has the upper hand. Some of them are given below:

By using this, you can build any web-based application. Even e-commerce websites use this language to create eCommerce platforms like Google Sheets, Google Slides, Gmail etc. To know more about it, get the best Java Homework Help.

That is why it is the best language for creating computer applications. Its main competitor is Kotlin. Also, Java is very compatible with the popular tool Android Studio etc.

These systems are the main center of many machines, products & intelligent operations like artificial intelligence, machine learning etc. It is divided into four types:

It is not possible to find any products where this technology is not used. Even the microwave used in our kitchen is an example of an Embedded System, and all these systems use the Java programming Language.

More often, developers use Python, Scala and Java for this technology. Also, other technologies like Apache Mahout and Apache Storm are used in Big Data too.

5. Applications based on Cloud-Based

It is a good fit for such applications too. Every Time whenever we check our emails, drive and search on the engine, we benefit from cloud capabilities. It helps us to develop the applications in different cloud models:

Also, many cloud-based instruments are also used for designing services like Google App Engine, Oracle cloud service etc. That is why many corporations hunt for Java developers. If you want to know more about it, get the best Programming Homework Help.

Every year the industry for mobile gaming is continuously increasing. It becomes larger & larger if you see it. And it will continue to do so. Most of the users are Android based in today’s world. And Java supports Dalvik Virtual Machine & JMonkey Engine which is a primary language for android games.

So, these are some areas of technology where the Java language is mainly used. Now, if you are doing computer science engineering in any Canadian university and the Professor gives you assignments/homework on Java programming, then you must seek Programming Homework help.

They have experts with years of experience in providing such service, and thousands of students are already seeking Java-related assistance. So, do not worry about your grades anymore. Just fill-up the form, and they will contact you soon.

Q1. How Do I Get Better at Coding?

Q2. What are the most Popular Programming Subspecialties?

Q3. Do I have to be good at math to become a developer?

Yes, math is required, but there is no need for extraordinary skills in mathematics to become a good developer.

Q4. What Programs Beginner Coders Use to Practice the coding?

Code looks like numbers, letters and symbols. So, you can use Notepad. Later, you can shift to Notepad++, Atom & Light table etc.